You can take the GRITS out of Florida, but you can't take Florida out of the GRITS!

Since moving to PA, I've been driving my husband's Jeep Cherokee.  I like it ok, but I'm still keeping my eyes open for a car that's more "me".  So the other day, I got to thinkin' about the cars I've owned and the cars I wish I could own.

Here is a run down of what I've driven (none of these are pictures of my actual car.  I swiped them off the internet):

1.  My first car.  A 1979 Toyota Corolla.  I swear I'd still have it if Andrew hadn't killed it.  It was originally white, but needed a paint job, so my dad painted it with what he had...a godawful Smurf blue.  Needless to say, it stood out in a parking lot! 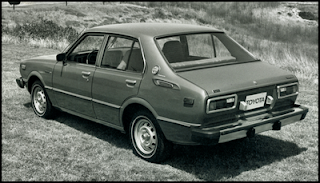 2.  After Andrew killed my smurf mobile, I acquired a Toyota truck from my sister.  It had a topper on the back.  I drove it for a couple years, then one night a lady ran through an intersection and turned straight into me.  Totalled it :( 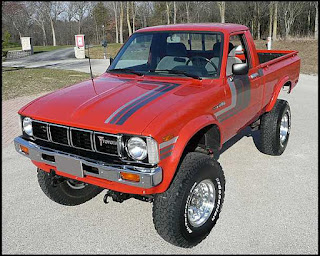 3.  Next up, a Bronco II.  I wanted a Bronco BAD, and despite better judgement, my dad found one for me in Okeechobee.  It was an '86 and we found out later than they were know for their notoriously horrible transmissions.  Mine blew on the way to Gainesville one day.  Had a rebuilt one installed and it didn't last 2 months.  We were all pissed.  Sold it to a junk yard. 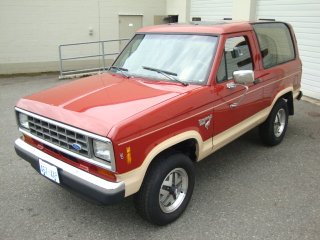 4.  Then came the sweetie...my sister's very first new car...a 1986 Toyotal Celica GTS.  She gave it to me because she was getting a new truck.  This car still smelled new!  5 gears, fast as shit.  I loved it.  It was killed in Florida City when a guy t-boned me pulling out a McDonald's on US1.  Thank God Aidan wasn't with me because he would've been showered by glass and he was only 6n months old. The damn Fla. City PD are idiots.  Someone saw the accident and followed the guy (no, he never even slowed down after hitting me)...gave the PD the tag number and they told him to stop following him.  Long story short- the police never did a damn thing.  Ran the tag, knew who owned the car, but nothing was ever done.  Unfreakin' believeable! 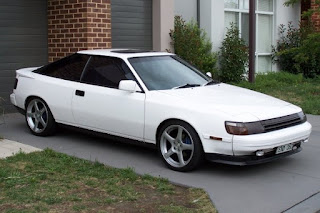 5.  So my first adventure with a car dealer came next.  It was actually pretty easy.  I knew exactly what I wanted and how much I was willing to spend.  Got pre-financed through my bank.  No haggling.  No pressure.  I drove away with a 2002 Toyota Corolla S. 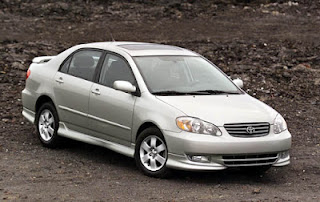 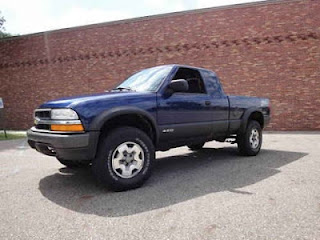 Now THESE are the cars I wish I had!

Who knows what I'll be driving next, but I know it won't be anything brand new.  I refuse to pay big $ and watch it depreciate the minute it rolls of the lot.
at 3:17 PM

I had a 1979 Toyota Corolla too! I LOVED that car and would still be driving it - but my jerk 1st husband thought we needed something "more in keeping with our status" (snort - we had a paycheck) and made me trade my beloved Toyota in on a TransAm (what a piece of crap THAT car was). He got the TA in the divorce. Good riddance.

My brother's wife drives a mini-cooper and loves it! And it's big enough inside for my brother too.

Those Mini Coopers are so cute!! If I could pick anything I wanted I'd have trouble deciding between a 1960's model VW microbus or some kind of 4WD mud/creek/woods/beach jeep.
I have to agree with SR - you seem to be a target for other moving vehicles!

You have good taste in cars, Christine! The 1965 VW, Karman Ghia, and Lamborghini Countach are absolutely awesome! I have a soft spot for vintage cars, too. They’re something you can be proud of. They’re absolutely breathtaking! It’s because of their antique and classic characteristics that never seem to fade away.

I wish I had a Mini Cooper too! Don’t you just love those little compact cars? They look so cute and they come in various colors. I’ve heard that these cars are very popular in England. I’m pretty sure they won’t depreciate that fast. I honestly think that Mini Coopers will rule the streets someday. =)

That sure is one way to ride back on the memory lane. And it seems like you handled a number of cars in the past. All your past autos look great. I say you have an eye when it comes to gorgeous vehicles, and it is never too late to pick a new one! Your choices are quite good, but my vote goes to the Toyota FJ Cruiser. That truck looks smashing! It can be ideal for long trips and extreme road condition too. But the Karman Ghia also looks cool!

Wow! Your sister was the previous owner of that Toyota truck? I also wanted to have something just like that, a big one, wherein people will be surprise every time they discover that the owner of that car is a girl. That’s cool, right? Haha! You rarely see a woman drive a car that big. Anyway, I love this blog post because just like you did here, I also have a list of the cars that I have owned, and my dream cars. :D

Woah, a Toyota Corolla! It is known for its low fuel consumption and reliability. A car does stand out and exude its own signature through the owner’s creativity with its color and accessories. Smurf blue? Haha! That’s a pretty interesting color for a car. ;)

Fantastic! That baby blue Karmaan Ghia really caught my eye! The interior color is nice, and even the wheels are cute as well! :D Well, just like you, I’m dreaming of having a Mini Cooper too! I’m looking forward to purchase one by the end of the year! I’m aiming for a red Mini Cooper. ;)

Fantastic! What more can I say? These classic cars truly made a name during the time of their first release in the market. The Delorean is the car that I really love from the moment it was publicized, especially after I've watched the hit movie series “Back to the Future.” That has made me crave for it more. :)

Other Places I'm at